Why You Should Get Seamless Pipes?

Home › Blog › Industrial Good Equipment › Why You Should Get Seamless Pipes? 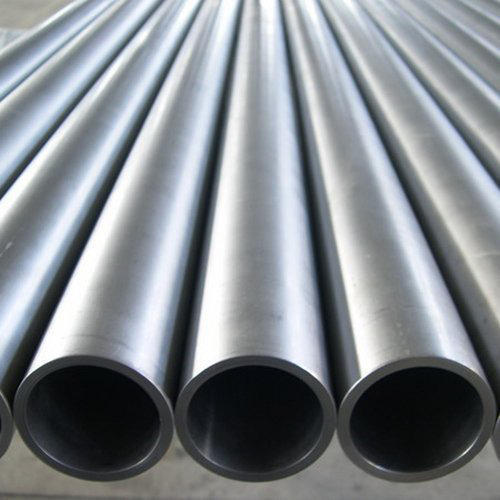 Seamless pipes are produced from solid steel which is in shape of a sheet or a bar. This solid former of steel is later transformed into a solid round shape which is also known as “billets”. The round billets of steel are later heated and pierced with a bullet shaped piercer. The piercer is used to bring the shape of a hollow tube or shell. After the completion of the production process the seamless pipes are hydrostatically tested and inspected. Sometimes it is coated and stenciled with it’s specifications too. Seamless pipes are popular mostly due to ability to withstand the liquid pressure inside much more effective and do efficiently than other pipe manufacturing processes. Besides seamless pipes are faster and cost effective as well .


Due to this ability of withstanding high pressure seamless pipes are considered for use widely in applications in the most critical locations like hydraulic cylinders, hydrocarbon industries, refineries and Gas and oil infrastructures. Seamless pipes manufacturers in India have stated that in comparison to other types of piping, there are some advantages of using these pipes. This is because Seamless pipes do not require any kind of welding or joints as they are formed under the simple process with help of solid round billets. The billets are known for adding to the strength of the pipe and also helps it to be resistant to corrosion. Given below are specifications in which seamless pipes are found:


• American Society for Testing and materials or ASTM A53


The most common seamless pipe among others is A106B. The end finish pf such pipes include plain ends that are either square cut or beveled. There is another type of seamless pipe known as carbon steel pipe in the market. It is available in black, galvanized or with the epoxy coating, bare. Another similar type of pipe is the welded pipe. These are made by cold forming flat strip ,plates into a round shape with help of the plate bending machine also known as roller. Welded pipes are mostly used for transporting oil, gas or water in large quantities . Following are some differences between the seamless pipes and welded pipes .


• A seamless pipe can be formed at once in the rolling process. But the Welded steel pipe is manufactured with help of steel strip or steel plate, through different processes of welding and bending .

• Seamless steel pipes have a much better pressure handling capacity than the Welded steel pipe. This is why it is popular in thermal and boiler industries.

This entry was posted on July, 24, 2021 at 10 : 02 am and is filed under Industrial Good Equipment. You can follow any responses to this entry through the RSS 2.0 feed. You can leave a response from your own site.